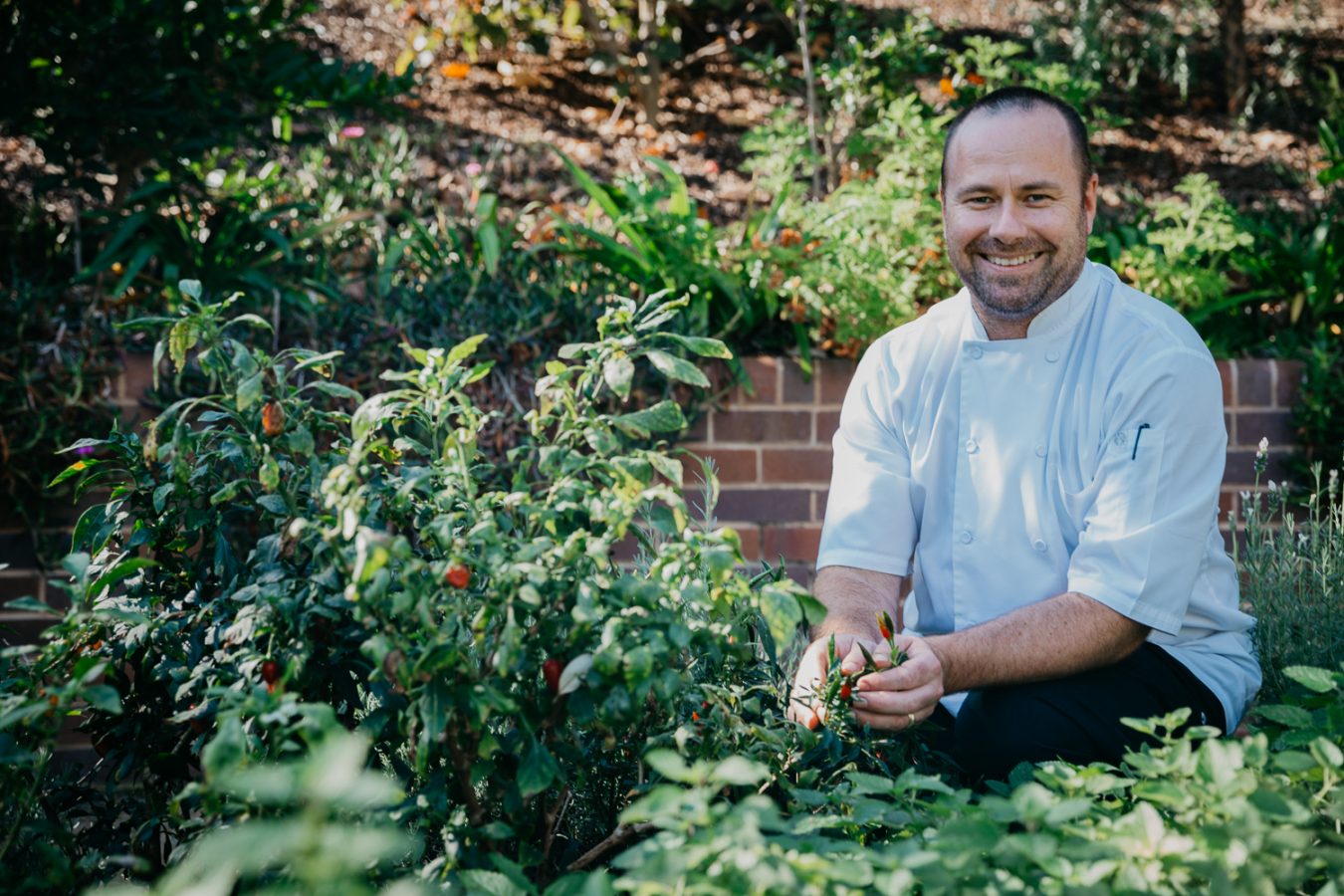 Less is More in The Botanica Vaucluse Kitchen

Seasonal, ethical, and farm to table are philosophies Perry Hill, a chef with a “less is more” mentality, puts into practice daily in his role as Executive Chef at The Botanica Vaucluse. “I prefer to describe my cooking style as intuitive, I simply respond with an honest and un-fussed approach.”

Perry sources the majority of his produce for The Botanica Vaucluse from our own Jamberoo Valley Farm, a 65-acre property farmed using organic and permaculture principles two-hours south of Sydney in the Kiama Hinterlands. Perry says it feels worlds away from the big smoke. “It’s the most lush and picturesque place, surrounded by rainforest and green rolling hills. You can look out onto the ocean through gum trees.”

Jamberoo’s produce is a recipe for creativity, that’s for sure. One day, Perry will smoke salmon over Eucalyptus branches from the farm, the next he’ll pick native blood limes to spike tuna tartare.

When he thinks about great food, it’s most often three or four ingredients on a plate that represent a snapshot of the season. In autumn and winter, that equates to sweet potatoes for golden gnocchi, for example, or rhubarb plucked from Jamberoo for a simple tart. Baby gem lettuce, meanwhile, hits the grill before sidling up to Red Gate Farm quail, toasted almonds and figs drizzled with vincotto. “We’re responding to the seasons in a really immediate and natural way,” he says. “We’re not overthinking or complicating things.”

Perry sources other Australian-grown produce from the esteemed Cook’s Co-Op in Sackville, along with pasture-raised ducks and O’Connor beef. Much of the citrus and herbs come straight from our kitchen garden at The Botanica Vaucluse, too, such as lavender, thyme lemon balm and beautiful edible flowers to infuse creams, dressings and oils.

Perry is more focused on cooking healthy food than health food. “I think when you cook things that are seasonally in tune, they’re going to be healthy regardless.”

“But we still do chips,” he laughs. “They’re just hand-cut from fantastic potatoes and sprinkled with beautiful quality salt.”