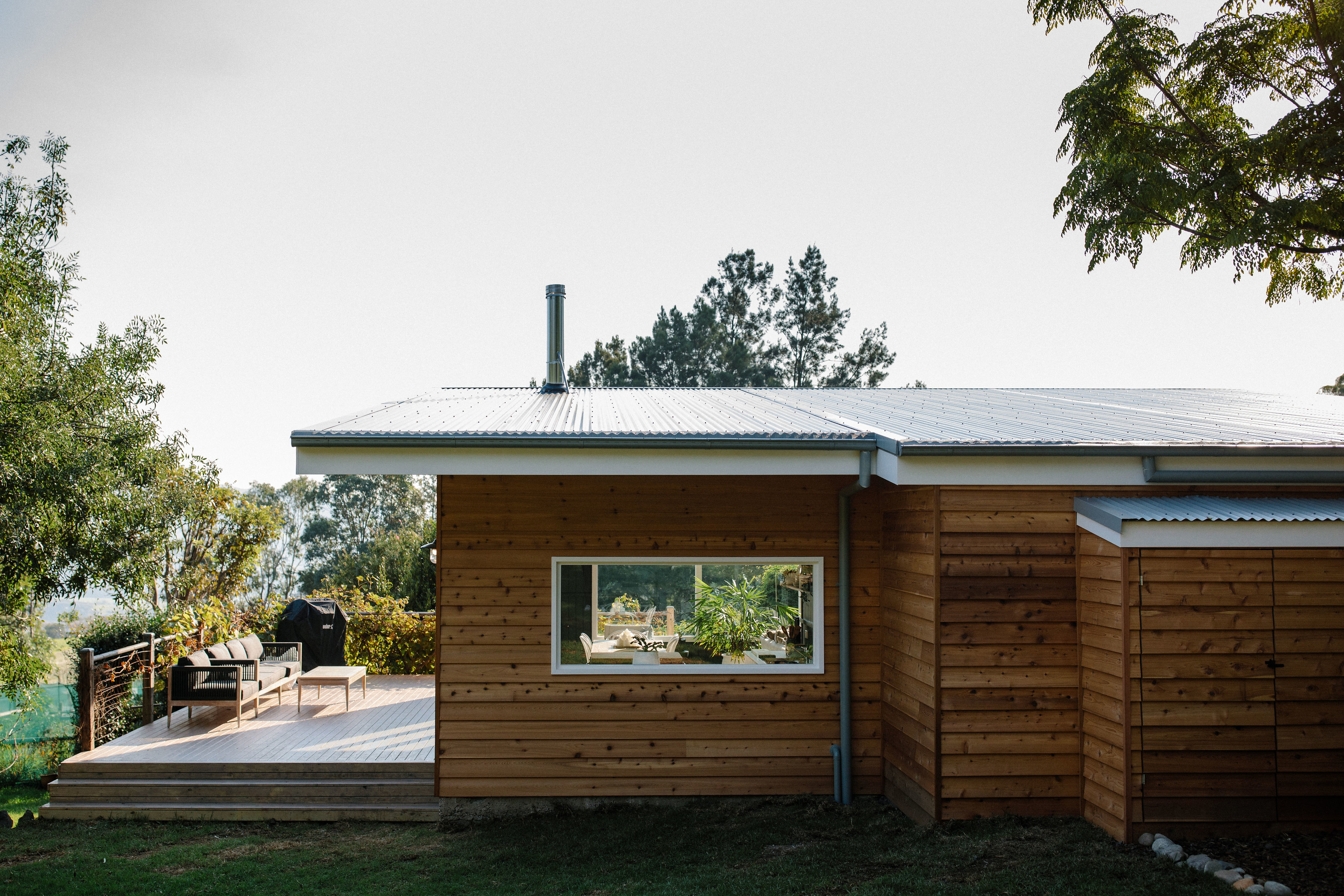 Pick Your Own Produce At This Restorative Farm Stay!

by Amelia Barnes, The Design Files

For a family weekend away from the hustle and bustle of Sydney, put Jamberoo Valley Farm at the top of your wish list.

‘You have the rural land and that beautiful ocean. I just think that’s such an unbeatable combination’ – Evette Moran.

There aren’t many opportunities for city-dwellers to partake in idyllic country-life activities such as picking fresh produce from the garden, fetching eggs from the chicken pen, and sighting newly born calves. Fortunately, Jamberoo Valley Farm is here to fill that void!

This farm stay accomodation near Kiama, on the NSW South Coast, comprises a peaceful two-bedroom home on a 65-acre organic working farm. Among the organic fruit and vegatables grown on the farm are carrots, heirloom garlic, beetroot, sweet potato, micro herbs and blood limes (a hybrid of an Australian finger lime and a mandarin originally developed by the CSIRO). Guests are invited to hand pick produce from the cottage’s kitchen garden and collect freshly-laid eggs from the chicken pen during their stay. They also have the opportunity to feed the farm’s cows, sheep and pigs at 9am each weekday alongside the full-time farmhand, Ooreh.

This accommodation was founded by interior designer Evette Moran. The farm was originally purchased by Evette and her husband for the sole purpose of supplying organic produce to their restaurant, The Botanica, in Vaucluse in Sydney, but upon viewing the property, Evette had the idea to completely redesign the existing cottage on-site as a holiday house.

Evette designed the home herself alongside stylist Styled By Love specifically for families. ‘I wanted to make this really cosy space where everyone could reconnect with one another and nature,’ Evette says. ‘I was going for that whole ‘Scandinavian homestead’ feel. It was all about cosiness and comfort.’  To empathise the property’s views, Dulux paint shade Domino was used on the living room walls to draw the eye outside. ‘You have the rural land and that beautiful ocean. I just think that’s such an unbeatable combination,’ Evette says.

The entire accomodation has been carefully considered to provide families with a quiet and restorative, yet luxury, getaway. Every season provides its own perks, from relaxing in the steaming outdoor Swedish spa or by the fireplace in winter, to heading to the stunning nearby beaches in summer. Evette says, ‘It is quite nurturing. It’s a got a really beautiful, calm energy where you just instantly unwind.’