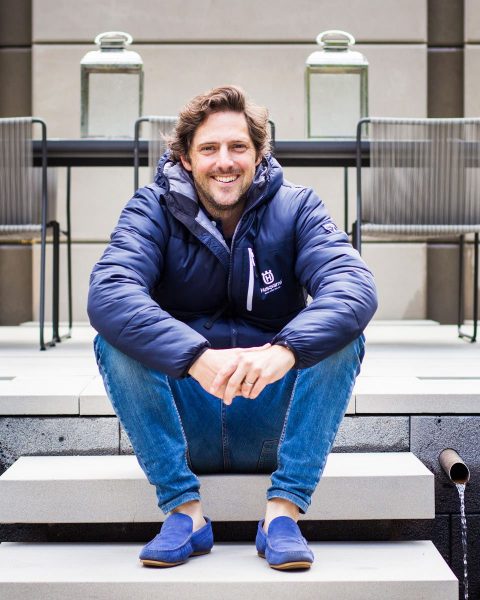 The secrets of The Botanica garden

Charlie Albone designs more than 100 gardens a year. From a vertical garden at the Shangri-La Hotel in Singapore, to award-winning concepts for the Chelsea Flower Show – he’s a landscape designer who’s as well-versed in millennials as perennials.

Charlie is the director of landscaping firm Inspired Exteriors. His 17 years experience dreaming up green spaces was just one of the many reasons we called on him to reimagine our garden at The Botanica Vaucluse. (His 11 seasons on Foxtel’s Selling Houses Australia, a bonus).

A whimsical yet luxurious copper archway cascades with hanging succulents at the entrance. “I wanted it to have a slightly twisted feel to it,” says Charlie. “A little bit like The Hanging Gardens of Babylon.” The archway is also crafted from copper rather than the usual timber. “Copper is a healing metal,” says Albone. “Which we decided would tie in nicely with the nourishing food at the restaurant.”

Analysis is key before diving into a project, he says. Along with which colours will fit the theme (in our case, pink, white and purple blooms), Charlie wants to know what the soil is like, how the sun travels across the property, what rainfall to expect and more. “All those things will determine what areas are best for sitting and enjoying the morning sun, or that perfectly dappled spot for a late afternoon drink with a friend,” he says.

The Botanica Vaucluse is close to the water (and therefore the elements) so hard-wearing plants were paramount. Creeping around the arbour, you’ll find rhipsalis, more commonly known as mistletoe cacti, and a variety of miniature banksia called ‘birthday candles’ for a native twist.

Our gardens abound in fragrant citrus and herbs, and the inspired selection of new plants – including the heavenly scented butterfly bush – adds yet another dimension. “It’s not just the taste of the food at The Botanica,” says Charlie. “The butterfly bush makes everything smell like honey, and that works in well with the the greenery, the flowers, even the wallpaper.”

Charlie is also behind the fairy lights leading towards the restaurant and the pergola over the outdoor dining area. “It was already a beautiful garden, but it’s nestled between two very dominant architectural structures,” he says. “This has made it so much more inviting.”